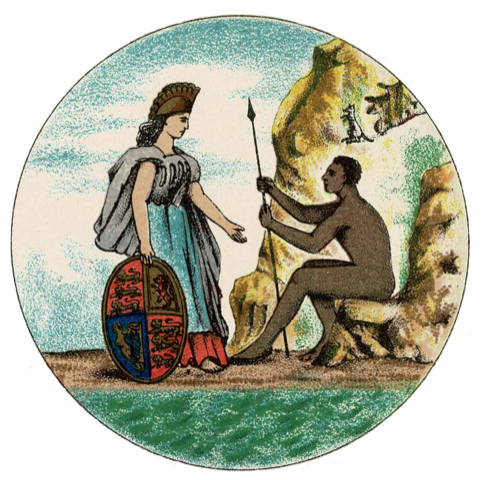 The image of the Seal of South Australia from the archives of a despatch from the then Colonial Office, Whitehall England to Australian Governors.

In 1870 South Australia submitted to London a flag design using the Blue Ensign featuring the Southern Cross which included the constellations’ s two pointer stars, making a total of seven stars. In response to feedback from the British Admiralty South Australia decided to use the official Seal of South Australia. It was proclaimed in November 1878. The badge is complex depicting the arrival of Britannia, representing the white settlers, meeting representing ‘Aboriginal peoples’ sitting on a rock at a beach. There is a rock wallaby in the background.