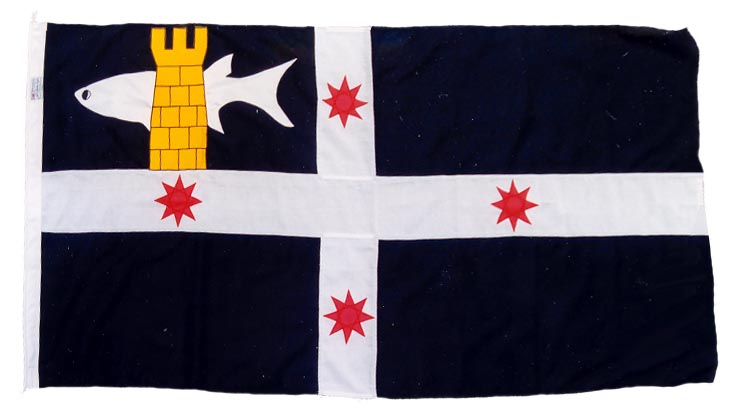 About the Dangar Island Flag

Featuring the Cornish colours of the black and white cross of St Piran this flag Honours the ancestry of Henry Dangar, after whom the island on the Hawkesbury River is named.

In the upper hoist of the flag a stone tower is featured which was built by the Dangar family in 1886. A mullet also appears in the canton, recognising the first name given to the island by Governor Arthur Phillip when he explored the area in 1788. Four eight-pointed stars represent the distinctive pattern of the New South Wales Southern Cross.

Today, some 200 people live on Dangar Island, represented by their distinctive flag.