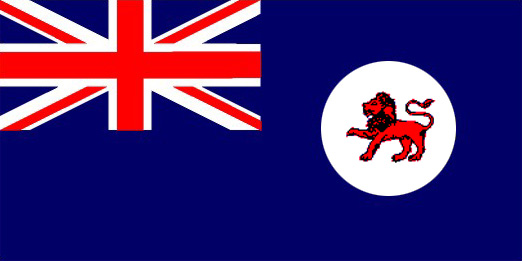 On 25 September 1876 the Governor of Tasmania decreed that the distinguishing flag for vessels employed by the Government of Tasmania would be the blue ensign with a red lion superimposed on a white shield. This ratified a proclamation made by Queen Victoria on 7 August 1869 that “the distinguishing flag or ensign of the colony for vessels belonging to or permanently employed by the Government of Tasmania shall be a Blue Ensign with a Lion ‘Passant’ red on a white shield in the fly”. Lions have been prominent in European heraldry for centuries. A red lion appears on the Tasmanian Coat of Arms.

The flag was subsequently adopted for general State government use, but was not until 3 December 1975 that the design was officially gazetted.