Flags at Half-mast position as a sign of mourning

There are occasions when direction will be given by the Australian Government for all flags to be flown at half-mast position as a sign of mourning.

Under no -circumstances should a flag be flown at half-mast at night, whether or not the flag is illuminated.

Other flags on flagpoles or stands should also be at half-mast or should not be flown at all. Flags of foreign nations should not be flown unless their country is also observing mourning. The Flag should be raised again to the peak before lowering it for the day. When flying the Australian National Flag with other flags it should be raised first and lowered last.
Flags on government buildings should be flown at half-mast when directed by the Commonwealth Flag officer.

For government and public buildings, flags should be flown at half-mast during times of mourning for the following people and according to the following procedures.

Examples of these occasions are:

Flags in any locality may be flown at half-mast on the death of a local citizen or on the day, or part of the day, of their funeral.

An alternate mark of mourning, used when half-masting is unsuitable, is to add a black cravat or ribbon to the top of the flag, at the hoist. 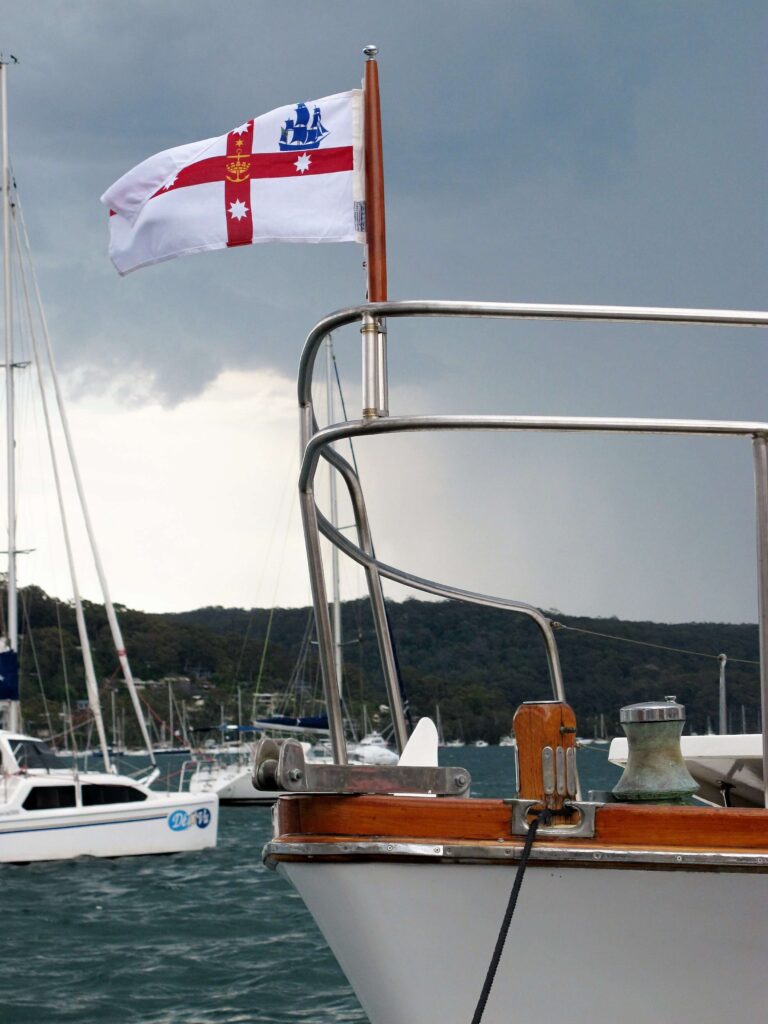 Half Masting on a Gaff-Rigged Flag Mast

The procedure for signalling a state of mourning on a gaff-rigged mast is the equivalent to the practice of half-masting a national or state flag on a free-standing flagpole. The symbolism is said to allow for the mythical black flag of death to fly above the national/state flag.

The national/state flag is raised to the peak of the gaff and then lowered, in a dignified fashion, to a point where the foot (bottom horizontal edge) is positioned, as near as possible, to halfway down the halyard between the peak and the cleat (tie off point). If there is sufficient space or clearance for the flag to be placed at this position, the flag should be lowered to a point one third of the halyard distance between the peak and the cleat.

When lowering the flag, it must be raised to fill the mast first, that is, to the peak of the gaff. The same procedure applies to a free-standing flagpole where the flag must be raised to the masthead and then lowered.