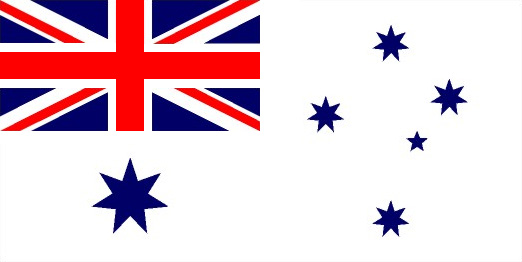 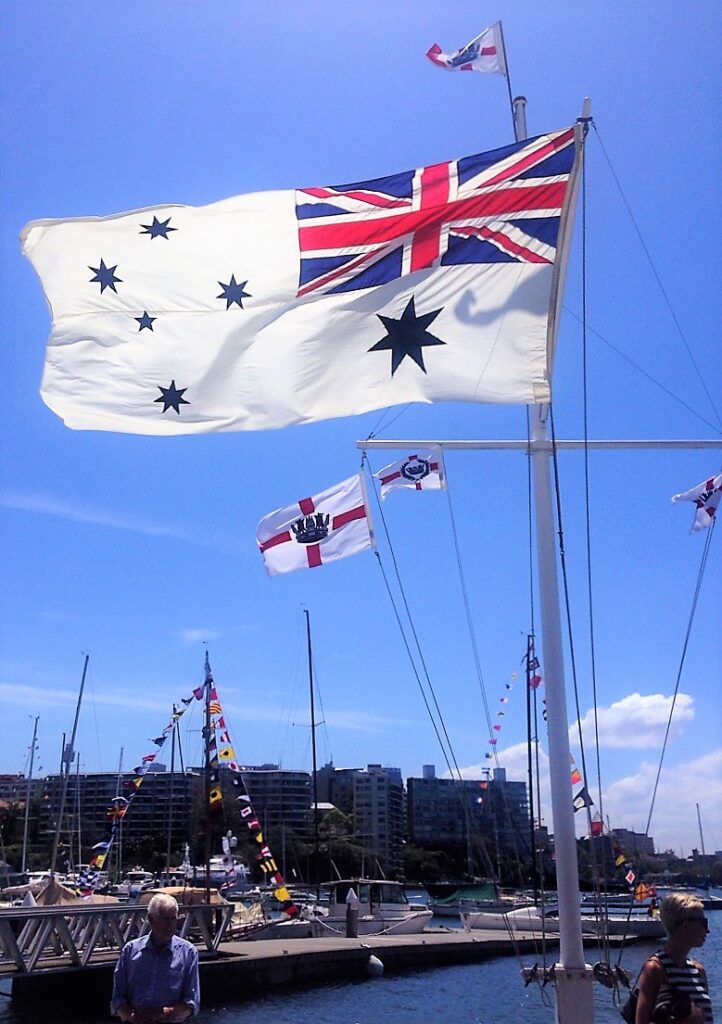 From its inception in 1911, the Royal Australian Navy flew the White Ensign featuring St George’s cross, which had been handed down by the British Royal Navy. There had been proposals that an Australian flag should be adopted, but this did not come about until the Vietnam War. This design mirrors the Australian National Flag, reversing the field to white and the stars to blue.