Australiana Flags was established by John Christian Vaughan, OAM, in 1973, his interest in flags was influenced by his father and grandfather.

John, as a Vexillologist and Vexillographer, led the design of many commemorative flags and recreation of historic Australian flags. He pioneered new ways in design by blending with traditional elements.

He is a leading authority on flag history, meaning and etiquette, with over 3,000 talks and media interviews to his credit.

He pursued causes like reinstatement of the signal mast at Port Phillip signal station at the Sydney Observatory. He created and designed the flags as part of the Tall Ships event in 1988. He also lobbied with a small team to achieve the establishment of ‘Flag Day Australia’ is celebrated annually on the 3rd of September.

He still has an interest in flags and ephemera, and now spends more quality time with his family and sailing his yacht.

John was awarded the Medal of the Order of Australia in the Queen’s Birthday 2021 Honours List. 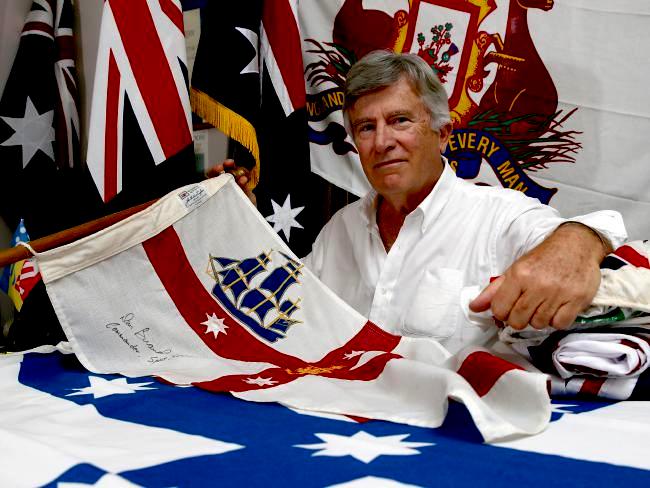 John in his showroom with some of his favourite flags 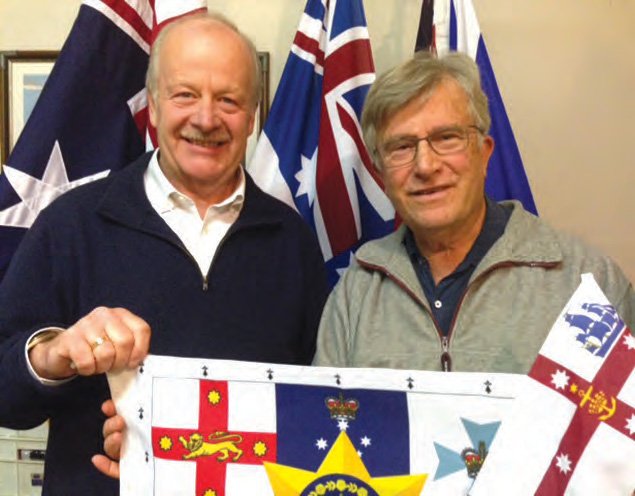